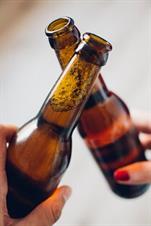 No matter the severity of your case, our Bakersfield DUI attorney at Brehmer Law Corporation is ready to defend your rights. Our DUI defense attorneys in Bakersfield have the experience and knowledge needed to provide you with a solid defense.

At Brehmer Law Corporation, our priority is to fight your DUI charge to attempt to minimize potential damage. Contact us at (661) 430-0868 now for the skilled counsel you need.

Penalties for a First DUI Offense

California is known for some of the harshest DUI penalties. If convicted, the DUI will stay on your record for ten years. The penalties increase for underage drivers, who can be charged with BAC of as little as 0.01%. A “no tolerance” law exists for those who are under 18 years old. Meaning a driver under the age of 18 cannot have any alcohol in their system at all.

First-time DUI offenders in California can face the following:

Because a first offense is a misdemeanor, you will be entitled to a trial by jury and a DMV hearing, if scheduled within 10 days of your arrest. A first-time dui can be a felony in California depending in the circumstances of the DUI. If the DUI had the following, then it is a felony:

You are more likely to face felony DUI charges in California if someone is injured or if you have multiple DUI convictions.

Whether this is your first DUI offense or subsequent DUI offense, our defense lawyer is ready to fight for your future. We have the knowledge necessary to build a strong defense that will be difficult to beat. Your future is on the line and having the right representation in your corner can have a major impact on your case result. Brehmer Law Corporation is here for you.

We work hard to build aggressive strategies to protect your rights and freedom during every step of your case. Call (661) 430-0868 to schedule your initial consultation with a dedicated Bakersfield DUI lawyer.

Prev Next
View More
Prev Next
Our Team